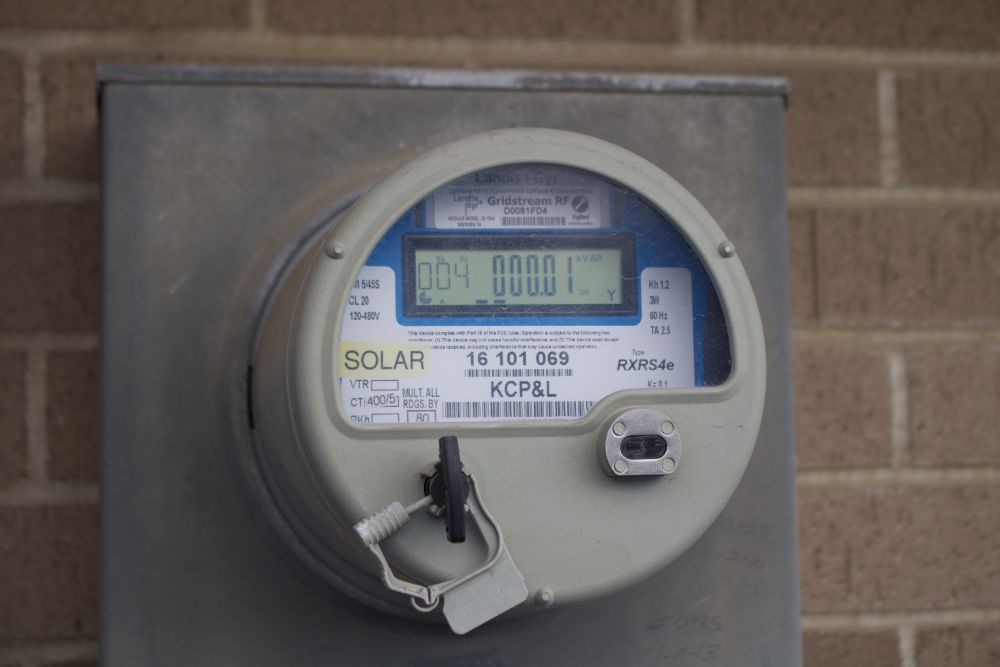 WHAT IS NET METERING?

Net metering is a billing agreement between a customer like you and your utility company. It allows you to receive credits on your electricity bill when your solar panels produce excess electricity that is sent back to the power grid. According to the Solar Energy Industries Association, “net metering is a billing mechanism that credits solar energy system owners for the electricity they add to the grid.” This not only saves money for solar customers, but it helps supply electricity to the entire grid which helps with demand for everyone. 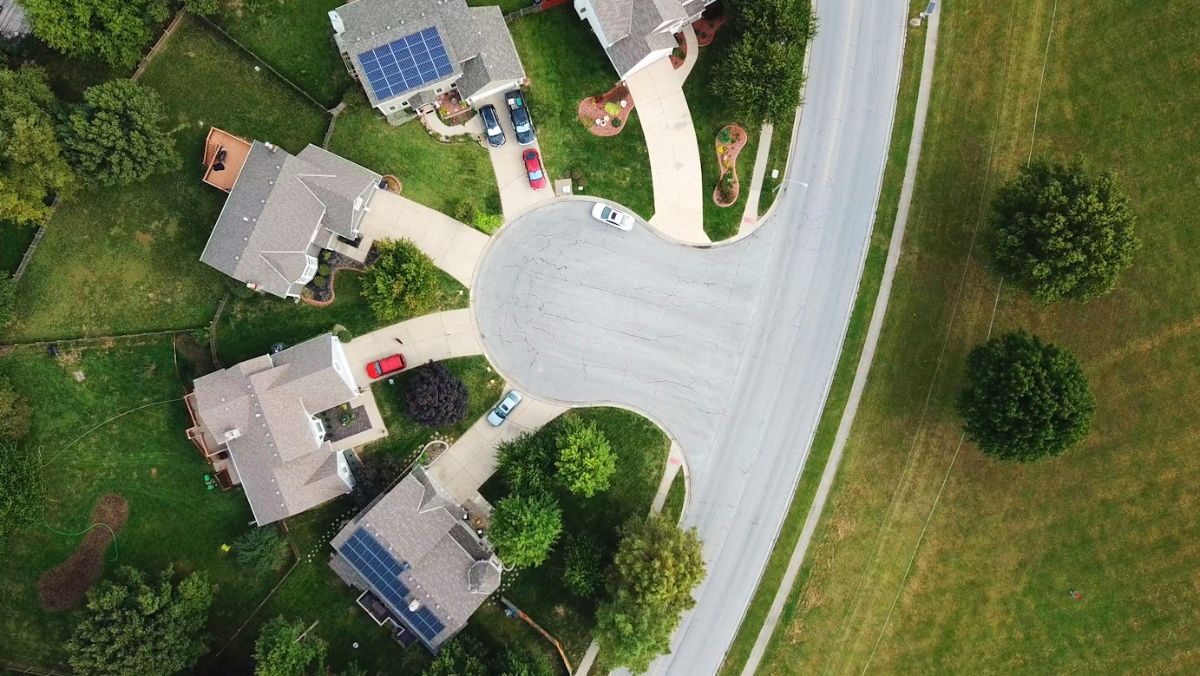 When your solar panels produce more electricity than you need, that energy is sent to the grid (where electricity is stored) in exchange for credits. Then, at night or other times when your solar panels are under-producing, you pull energy from the grid and use these credits to offset the cost of that energy. You’ll only get billed for your “net” electricity use by essentially subtracting the energy you generate from the amount consumed over the month. The average solar homeowner will realize significant savings throughout the year, and ultimately tens of thousands of dollars in electricity costs over the lifetime of your solar energy system. The savings is in the form of a lower bill. Contrary to popular belief you will not receive a cash payment, or a paycheck, for the electricity your solar panels produce.

YOU’LL ONLY GET BILLED FOR YOUR “NET” ELECTRICITY USE BY ESSENTIALLY SUBTRACTING THE ENERGY YOU GENERATE FROM THE AMOUNT CONSUMED OVER THE MONTH.

It’s important that whichever company you work with accurately sizes your system. There is no benefit to having too large a system because utilities don’t incentivize over production. With a properly-sized solar panel system, you can produce enough electricity to match your home’s electricity use for the entire year and maximize your Return On Investment.

HOW DOES NET METERING WORK?

With net metering, excess electricity is fed into your electric utility’s grid when your system is producing more than you need. When this happens, your meter actually runs in reverse. When your system isn’t producing enough electricity, you can draw it from your utility just as you did before you went solar. This “back-and-forth” between your system and the grid ensures that your excess production will still be used and your shortages will be met. With net metering, the excess electricity your home produces covers the times when you don’t produce enough.

Tyler Tucker breaks it down using Houston as an example. He said, “Net metering is great in most markets. Unfortunately, it's not everywhere yet. It's not a blanket across 50 states. Even in Texas, there are certain parts of the state that have different electricity providers that have different net metering agreements. Most of the places in Houston have what's called one-to-one: if you're paying 12 cents for your power, they're going to net meter and credit you 12 cents for what your solar produces. There are still a lot of places that will still charge you for what they call their avoided cost. So if you're paying 12 cents, they may only credit you eight or 9 cents for the power, because they're saying, ‘Well, there's still a cost we're incurring to get that power and sell it all.’”

While net metering is not the only way that utilities compensate homeowners for going solar, it is by far the most common: as of 2016, 41 states and Washington D.C. have mandatory net metering rules, and two more have utilities that permit the practice. To find out the policies in your state, use the Database of State Incentives for Renewables and Efficiency (DSIRE®), which tracks net metering and other policies. 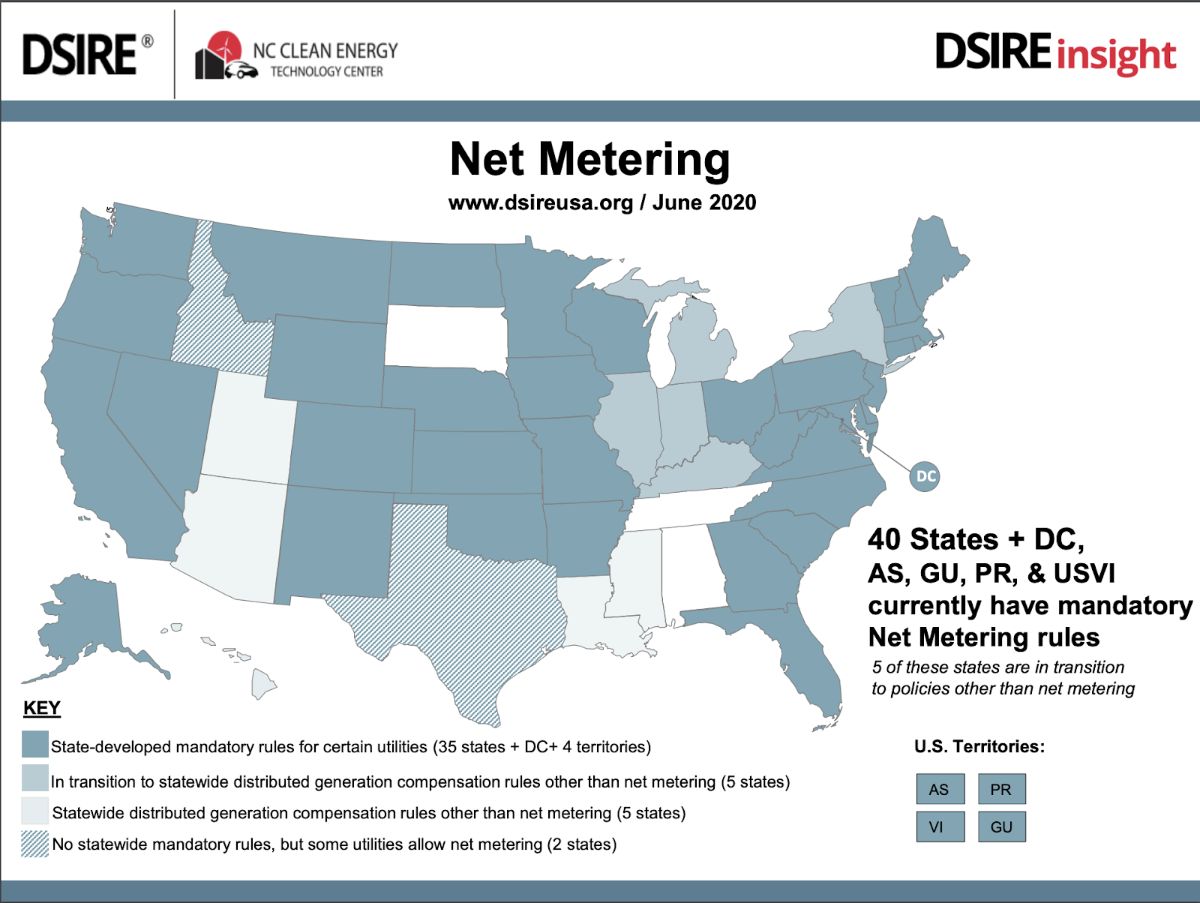 HOW DO I KNOW IF I’M ELIGIBLE FOR NET METERING?

Your net metering eligibility is based on your state and local utility company. You can find helpful policy links and resources by the state at DSIRE, but also be sure to visit your state and utility website for the most up-to-date information. If net metering is set to expire after a certain date in your area, take note of that as well as what policy or policies are slated to replace it.

Tucker continued, “I would just encourage people, there are a lot of websites you can go to to see what net metering looks like in your area, but more importantly, that's why we have people come out or people hop on a video call to explain it in detail.” Many companies claim they’re up front and truthful, but we actually are. If solar isn’t a good fit for you, RisingSun will be the first to tell you. “We'll sit down with people and look at their situation and tell them that solar does not make sense from a financial standpoint, only because of the power company, right? If their net metering is inadequate, if they're still charging you, then it doesn't make sense,” Tucker said. The solar team at RisingSun Solar is well-versed in any laws or policies within our industry, and we’ll gladly make ourselves available to answer any questions you have.

Because of net metering, you can save tens of thousands of dollars on electricity costs over the lifetime of your solar energy system. Calculate your savings by taking our 30-second survey for an instant estimate for your property.

WHAT ABOUT GOING OFF GRID?

In essence, net metering is like having the grid serve as a giant solar battery. If you install an energy storage system to take your home "off the grid," you won’t have access to the benefits of net metering. In most cases, staying connected to the electric grid is your best option – while home solar battery systems can account for hour-by-hour variations in solar electricity generation, they aren’t large enough to provide the seasonal “smoothing” benefits of net metering. Tucker said, “The majority of people do solar without batteries, right? I'm not talking negative on the batteries, but if we're being completely honest, the technology probably isn't there with batteries where it is with solar panels.”

With that being said, RisingSun is a proud Tesla Powerwall (home battery backup) install partner, and we also offer solutions from Generac. There are absolutely homes where battery backup would make sense right now. “If you lose power, often a Powerwall is definitely for you, or if you are in an area like Kansas, where you have those high peak charges and demand charges, and you want to set up a time of use feature so you're not paying a higher cost for electricity at a certain time than a battery's definitely going to make sense for you. I really think we're probably two to three years away from a battery making sense in every single solar install we do,” Tucker explained.

Net metering provides substantial economic benefits in terms of jobs, income and investment. Net metering increases demand for solar energy, which in turn creates jobs for the installers, electricians, and manufacturers who work in the solar supply chain. Today, 3.3 million Americans are working in clean energy – outnumbering fossil fuel workers by 3-to-1. Nearly 335,000 people work in the solar industry in large part due to strong state net metering policies which have allowed the solar industry to thrive.

Unfortunately, some utilities perceive net metering policies as lost revenue opportunities. However, those in favor of net metering would argue the policies create a smoother demand curve for electricity and allow utilities to better manage their peak electricity loads. By encouraging generation near the point of consumption, net metering also reduces the strain on distribution systems and prevents losses in long-distance electricity transmission and distribution. There are a wide variety of cost-benefit studies around the country that demonstrate the value solar provides to local economies and the electricity system as a whole. Want to support net metering policies in your state? Advocate for solar energy!

In general, most homes will produce excess electricity in the summer months and will use more electricity from the grid in the winter. Because these variations in production are fairly predictable, your utility won’t send you a monthly check when you produce more than you need. Instead, you will build up extra credits during the summer months so that you can draw from them at night and during the winter months when you need them. With the right design, your system can generate enough power to match your total electricity use for a year.