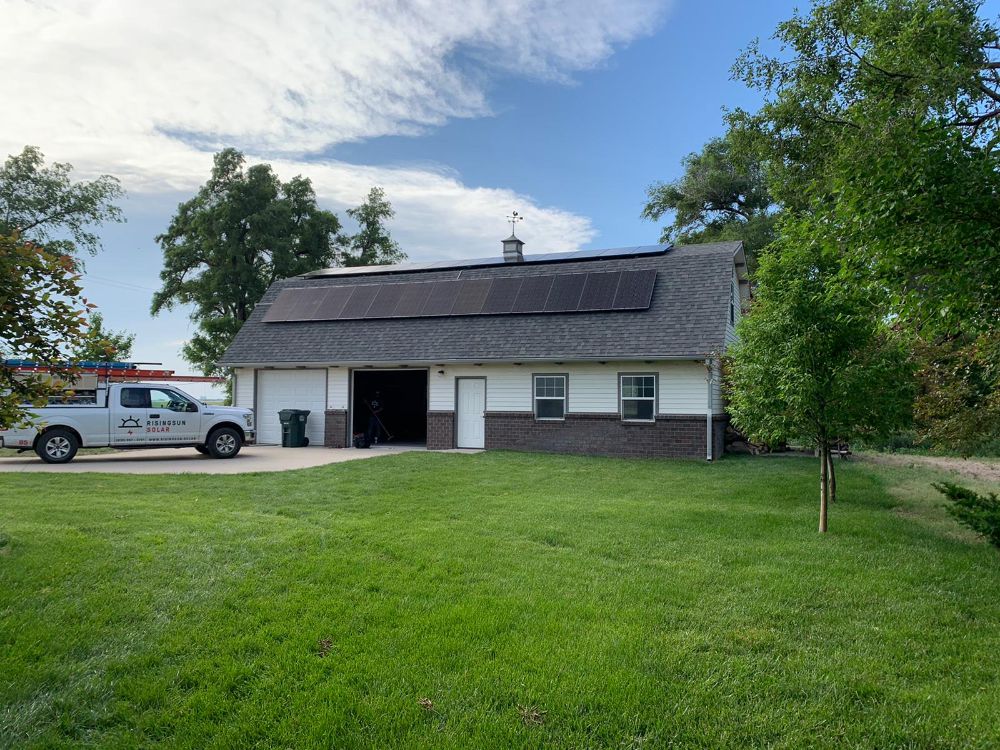 It’s not entirely a victory, but RisingSun Solar President Keith Murphy calls Thursday’s ruling by the Kansas Corporation Commission a “step in the right direction.”

The KCC issued an order Thursday directing Evergy to put its distributed generation customers back on a two-part residential electric rate. DG customers use solar panels to produce their own energy, pull from Evergy’s grid if additional power is needed, and push excess power created back to the grid.

Regulators gave Westar Energy (now Evergy) and KCPL permission in 2018 to charge demand fees to customers who used solar energy to power their homes. The utility’s position was that the fees were needed to maintain the company’s infrastructure, and that it was fair because solar customers pay smaller bills. Those in opposition argued the fees were unfair and put in place to deter people from going solar.

This case ended up in front of the Kansas Supreme Court, which ruled the fees “discriminatory” and therefore illegal. In April 2020, the court ruled that Evergy could no longer charge demand fees to solar customers.

To remedy this, Evergy proposed two alternative plans of action to recoup costs from DG customers they say aren’t covered in the standard residential rate.

Thursday the KCC rejected both of these proposals which means DG (solar) customers will go back to the same standard residential rate as all other customers, at least until Evergy’s next schedule rate increase in 2023.

“Many states, including Kansas, are struggling to appropriately value residential DG resources, while ensuring those customers pay their fair share to support the grid. Evergy’s proposals weren’t the right way to address these concerns under current law, but the issue won’t go away. We need to look for new solutions,” said KCC Chairperson Andrew French.

“THEY TOOK A STEP BACK WHEN THEY DECIDED TO CHANGE THE NET METERING PROGRAM, AND IT WENT AGAINST WHAT 95% OF THE UTILITIES IN THE COUNTRY ALREADY DO,” MURPHY SAID.

“There are plenty of studies that show how solar customers provide value: their energy helps curb demand during peak hours, and it’s energy that goes back into the utility company’s grid, which means the utility can use it to supply electricity to other homeowners,” he continued.

“On top of that, every homeowner that goes solar turns in their REC (renewable energy credit) to Evergy, which the company uses to bolster their renewable energy portfolio, which is required by the Paris Climate Agreement," Murphy said. (Find policies and incentives by state.)

Murphy suggests a fair solution would be a “straight-forward net metering program where homeowners can power their home with the sun, use the grid when they need to, and also sell back extra electricity that they produce at the same rate they pay for it.”

RESIDENTIAL SOLAR USERS WILL REMAIN A SEPARATE CLASS OF USERS FOR TRACKING PURPOSES, BUT THEY WILL BE CHARGED THE IDENTICAL RATES AS STANDARD RESIDENTIAL CUSTOMERS.

Evergy Manager of External Communications Gina Penzig replied to RisingSun Solar’s request for a statement about the KCC’s ruling. She wrote, “As directed by the KCC, Evergy will update the rates for solar customers to match our standard residential rate within 30 days of the order. Evergy supports solar energy and customer efforts at sustainability. We believe that we need to continue to work with stakeholders to find an alternative rate that protects non-solar customers from subsidizing those who have solar generation. The KCC’s order was necessary to change the rate applied to solar customers. Evergy can’t change our prices without approval from the commission.”

Get a quoteAsk an expert
View All PostsView Posts in News